“Yeah. I can see the result already, though.” (Maurice)

Master nodded to me who was in a confused state. He then made a face of someone who has come to an understanding.

Does he think that I have no chance of winning? Certainly, Master is a great wizard. Even so, I’ve been training like crazy every day.

I couldn’t grasp the extent of Master’s strength since we have never fought directly. However, I have a confidence in myself and I have no intention of losing.

I made a final confirmation.

“Sure, but before that…. there’s something important that you have to hear first.” (Maurice)

What is that? Something that’s more important than buying a magic wand, does such a thing even exist in this world? Oops, I should stop thinking unnecessary things before the fight. Well, anyway, I have to win first. I will hear his story or whatever that later.

I took distance about five meters away from Master and clenched my fist.

Let’s fire a Wind Blade for a start, and see what happens next. Or should I take more distance immediately after firing it?

While I was working on the strategy, Master threw away his magic staff.

Though Master can use magic without it, he should be much stronger if he uses his magic staff. I want Master to fight me seriously.

“Umm, well, that was just a normal cane though….” (Maurice)

Master said so with a trouble face, and immediately after that….

An unpleasant sound like that of a blackboard being scratched echoed, and a crack ran in the space. Distortion of Time and Space (Abyss Gate) appeared between me and Master.

It’s said that Abyss Gate is connected to a different dimension. From there, the creatures that live in a dimension different from this world, can cross over to this world.

A long time ago, I talked to Master that I retained memory from my previous life in Earth. He then said this to me: “Your soul may have flowed from Earth to Hexmagos through the Distortion of Time and Space, and on the way to this world, various power in there fused with your soul. The source of your power is likely coming from that experience.”

Oh well, that doesn’t matter right now. The important thing is the battle with Master.

Still though, for Abyss Gate to appear when I’m about to have a serious battle with Master, that’s really annoying.

I waited for something to come from the Abyss Gate while feeling impatient.

The space broke, and a demon who wore jet-black cloak appeared from there.

This part is not from Ash’s POV

Though he has gotten old, Maurice was a member of hero party who defeated the demon lord and led the world to peace. No matter what monsters coming from the Distortion of Space and Time, he was confident he could beat them.

However, something too unexpected came from the Distortion of Time and Space in front of him….

Suddenly, a hoarse voice echoed inside Maurice’s head. The owner of that voice was a demon stood in front of him — skeleton that wore a jet-black cloak. The voice was transmitted directly to his head since it didn’t have a vocal cord.

“What’s wrong, Hero? You made a quite nice face there.”

“Wh-Why!? You should have been defeated fifty years ago….” (Maurice)

Maurice was trembling in fear. He never dreamed he would see this monster ever again.

“Do you really think this great me will be defeated by mere humans?”

“You indeed defeated me once, but not killed me. I was barely alive at that time. Fufufufu. You should have shattered my body to pieces.” (Dark Emperor)

“N-No way…. You were still alive at that time…. This is a lifetime blunder….” (Maurice)

Dark Emperor — a demon lord with the appearance like that of a skeleton. You couldn’t tell at glance whether he was alive or not. Fifty years ago, it turned out that Dark Emperor was only pretending to be dead when Maurice defeated him.

Knowing the enemy of humanity that he barely defeated after a fierce that lasted for three days and three nights was still alive, Maurice fell into despair. However, it was just the beginning of his despair.

“I’ve been training for these fifty years. Everything…. Everything is in order to take revenge on you — the strongest member of hero party!” (Dark Emperor)

Spreading both arms to show off his power, Dark Emperor slowly walked towards Maurice.

The Demon Lord who had neglected the training because he was the strongest, spent these past fifty years for training in order to take revenge on him. On the other hand, Maurice was getting older and gradually losing his power. Maurice couldn’t imagine how much stronger he become….

I can still fight, but I can only exert half of the power in my heyday.

No, even in my heyday, I was only barely able to defeat him because I was fighting together with my party members.

Maurice was preparing himself for the end of the world, however…. 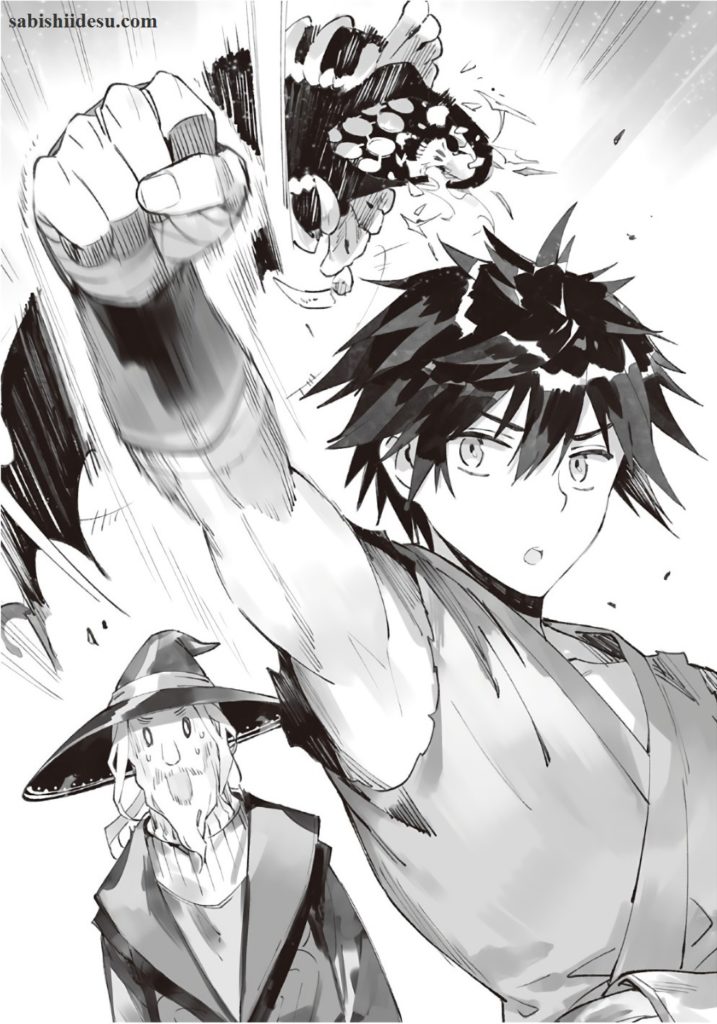 …. a loud noise was heard, and the skull of Dark Emperor blew to pieces. Dark Emperor who lost his head collapsed to the ground without being able to finish his words. He was completely dead this time.

6 Replies to “Saikyou no Butouka – Chapter 6”